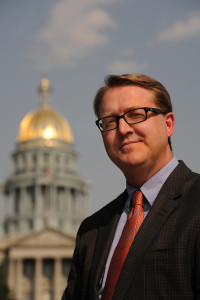 Philip brings over two decades of experience in legislative lobbying, electoral campaign management, issue advocacy, grassroots organizing and strategic insights for the benefit of our clients.

Lobbying in Colorado since 2008, Philip has developed a reputation for being a tough, honest advocate for organizations and clients at the Colorado General Assembly. Philip has lobbied on a variety of issues  for both business and organizational clients. Philip has been intimately involved with passing over 50 pieces of legislation since 2008 and defeating over 100 pieces of legislation opposed by his clients since that time.

Outside of his career as a professional lobbyist, Philip has managed over a dozen state legislative campaigns, served as senior staff on legislative caucus political/legislative programs in North Carolina and Missouri and helped manage and fundraise for multi-million dollar field and media independent expenditure campaigns in California and Colorado. Philip has also managed some of the largest grassroots political and lobbying efforts in Colorado that mobilized over 20,000 voter contact shifts that produced over 2,000,000 attempted knocks and calls between 2008 and 2014.

There are few aspects of legislative, political or strategic campaigning where Philip lacks significant and exceptional experience. Philip also works with a talented network of pollsters, direct mail firms, media/communications consultants and other lobbyists to provide our clients with the full spectrum of service to make their campaign successful.

After you have typed in some text, hit ENTER to start searching...